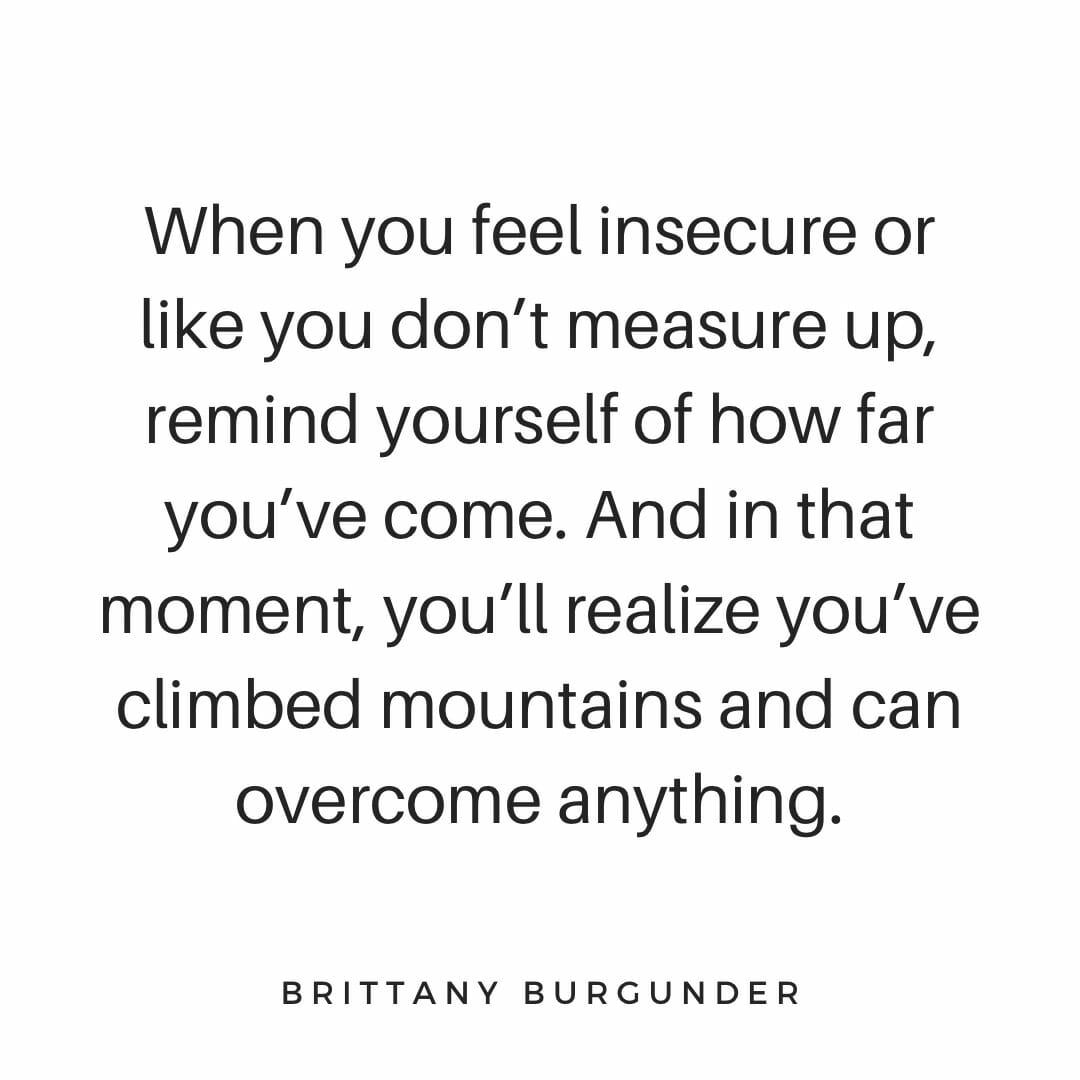 ⋅
?I am extremely well-versed in upwards social comparison. I tend to compare myself to other individuals who I believe are better than me. Maybe they’re smarter, have a more successful job, are a better athlete, seem happier, look prettier, and have what appears to be ideal relationships. I have an innate ability to magnify others strengths and overlook their flaws, while I magnify my flaws and overlook my strengths. Rationally I understand this is distorted thinking, but subconsciously I beat myself up for not being more accomplished —whatever that means.
⋅
The deeper issue is I will never measure up or feel confident if I base my success against those who don’t share my same path. I struggled with severe eating disorders for over a decade. That is a hard pill to swallow. It’s incredibly difficult to battle a private war against yourself while simultaneously trying to appear unscathed to the public. Nonetheless, I still held myself to the same standards as my peers who did not share my same challenges. I could never meet those standards. Not when I also had to meet the standards my eating disorder demanded.
⋅
It may seem as if I’m just too competitive, or jealous, or driven. To be honest it’s the opposite. I want nothing more than to be liked, to be accepted, and to feel good enough. But I’ve learned external achievements can’t give me these things.
⋅
And when I look back on my life, I see a girl who has qualities that cannot be measured or ranked. I see the invisible victories she’s won, and I hear the silent screams she learned to soothe. She has a PhD in healing, a gold medal in perseverance, a happiness that radiates from within, and a relationship with herself that was worth every misstep to find. I have come farther than anyone ever believed possible, but deep down I must have known I could overcome anything. ~Britt?
Spread the love

3 thoughts on “Beyond Measure”