Hiding The Need For Help 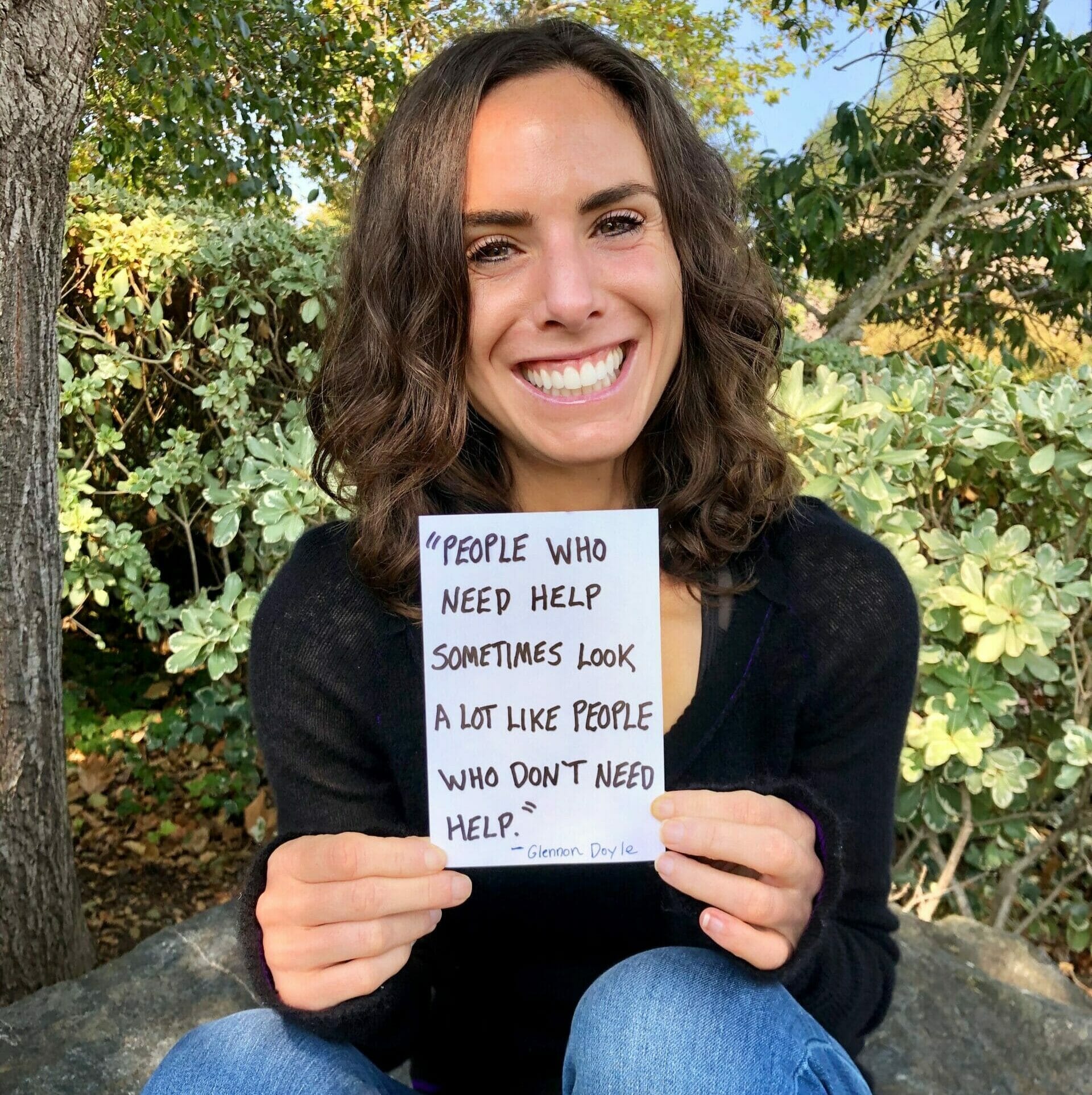 ⋅
?Since when do people who need help have a look? Because it’s often those who intentionally strive to appear successful and unbreakable that are crumbling the most. And they desperately want you to notice that they need help equally as much as they need you to think they are fine. Looks deceive and actions can be misconstrued.
⋅
It was when I “looked” happiest and healthiest that I needed help the very most. I developed anxiety, depression and OCD at a young age. I had no idea why I felt the way I did, and I was more embarrassed by the idea of asking for help than I was of having to live miserably. I channeled my anxiety and OCD into my academic studies and was rewarded with good grades. But really, I needed help.
⋅
My inner turmoil expanded into new territory as I developed anorexia nervosa. Eating disorders were also something I was oblivious to. I was baffled and defensive when I was diagnosed. But my anxiety was escalating, and my OCD needed a new job. Focusing on my body and counting calories quieted down my angst temporarily. All my friends commented on my weight loss, and I received many compliments on my appearance. But really, I needed help.
⋅
I didn’t want to struggle with anorexia, but I also didn’t know how to get better. I began a slippery slide into binge eating disorder. I rapidly put on weight due to my shifting behaviors, but I couldn’t stop. Whenever my anxiety skyrocketed and my depression plummeted, I knew food would help numb my pain. People who knew me as anorexic enthusiastically applauded my weight gain and told me how great I looked. But really, I needed help.
⋅
My eating disorder morphed again into bulimia. I had it all according to an outsider’s perspective. I achieved lots of external success, and I was often praised for my fit, toned body. And this was when I was closest to losing my life. But no one could see behind my facade that hid my war with bulimia. I needed help —really!
⋅
Eventually, I realized the only way to get the help I needed was to be brave and ask for it with my words, instead of through my inexplicit behaviors. Needing help doesn’t have a look, but asking for it always looks beautiful. ~Britt?
Spread the love