The Weight Of An Eating Disorder 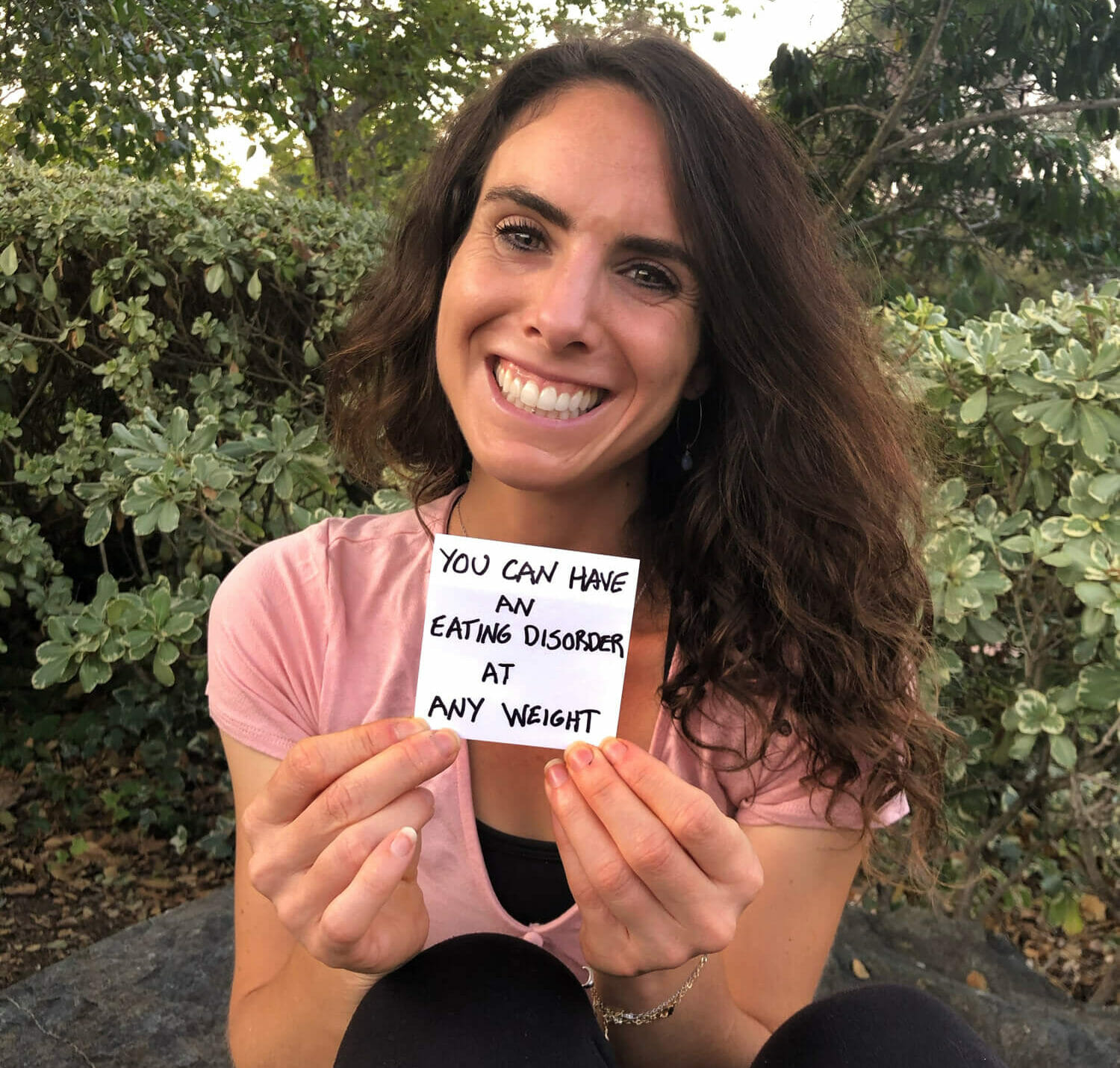 ⋅
🌿I’ve struggled with most forms of an eating disorder over the span of a decade, and my weight has reflected this. Despite significant fluctuations in my size, not much else changed. My weight and appearance were only symptoms of the same internal problems. When it comes to eating disorders, appearance tells very little of the story.
⋅
I was opposed to receiving help when I was anorexic largely because I didn’t think I fit the stereotypical image. I believed the false assumption that in order to be sick I had to look sick. My body became a vessel for harboring my distress and a substitute for using my words to speak. Despite being underweight, I was unable to grasp the seriousness of my disease because in my mind I thought I was fine.
⋅
After anorexia, my troubles continued, but I was still at war in my head with the same demons. The only thing that changed was my choice of weapon. My behaviors were now that of binge eating disorder, and extreme weight gain was a side effect. I was even more reluctant to seek help because my overweight appearance didn’t visibly convey how sick I was on the inside.
⋅
My behaviors shifted one last time and my appearance changed accordingly. I was a picture-perfect example of health on the outside, and often received compliments on my fit physique. But this only fueled the inferno that was silently smoldering within me. I was bulimic, and I shamefully tried to hide my conflict. It never consciously occurred to me that my eating disorder was a problem because my weight was socially acceptable.
⋅
Remember that eating disorders manifest in the mind, yet only sometimes portray themselves physically. Often, there is a huge disparity between an individual’s outward physique and their inward affliction. This can be hugely problematic for those who suffer, and it contributes to the harmful stigma that surrounds eating disorders. You absolutely cannot tell who has an eating disorder based on their appearance or weight. Pain isn’t any less credible because it is concealed. Recovery is beautiful, and it’s beautiful because it requires the internal transformations to happen first, and those successes then radiate outward. ~Britt💜
Spread the love