When You Want To Give Up 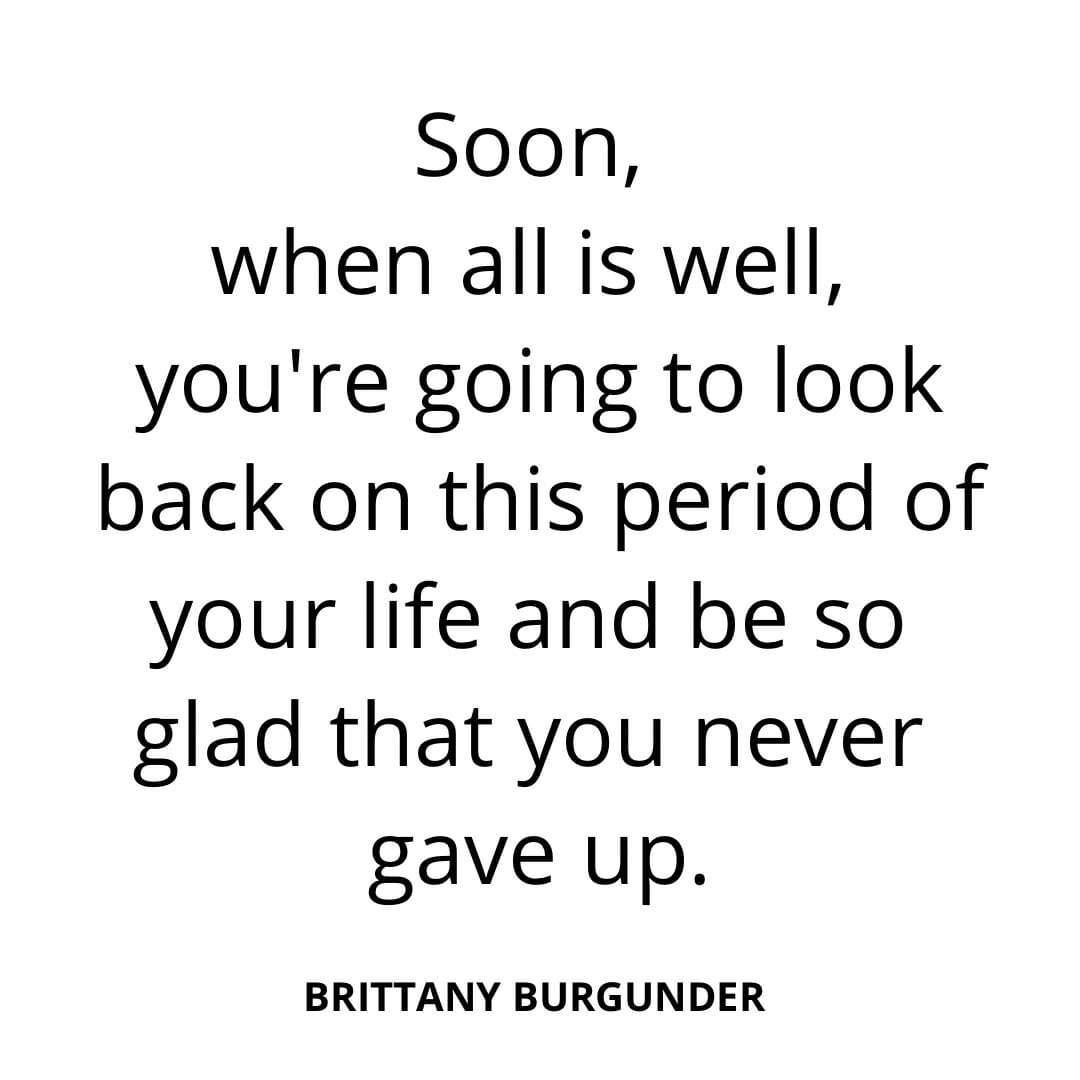 ⋅
🦋All the times that I was closest to giving up but didn’t —these were the times that went on to make the biggest difference in my life. Of course, in the midst of those dark periods, I was blind to see any light from my situation. I did not see how holding on longer could help. I did not see how things could ever improve. And I did not see a future for myself where I’d one day be okay.
⋅
I’m not sure exactly what it was that deterred me from quitting. Maybe it was my own stubbornness. Or maybe I was smart enough to know giving up would be unwise. I do know I wanted to resign from trying … and from failing. I thought I was the problem. I was never able to win a battle against myself. I was always fighting. I didn’t like who I was, how I looked, who my friends were, and the struggles permanently tattooed in my mind. Over time, the constant defeat shifted into feelings of helplessness.
⋅
There were long periods of my life where I felt stagnant. I isolated from everyone, and I felt ashamed of myself and my past —that horrific eating disorder that isn’t easy to forget. So, I ended up spending a lot of time alone. And it was awful. But this was when I also had an epiphany. “I’m fighting the wrong war. I’m trying to destroy the wrong enemy.”
⋅
I never wanted to destroy myself —not really. But I volunteered myself as an easy target to unleash my turmoil on. It was easier that way. I believed every problem in my life was a direct result of a character flaw in me. I absorbed blame like a sponge even if it wasn’t my fault. But this got heavy.
⋅
In my aloneness, I realized how exhausting my company was. My mind never shut-up. But I quietly listened. And I began learning how to communicate with myself better and soothe my self-talk. This was the beginning of when I began to see myself differently. This was the start of self-acceptance. This was the turning point of using my energy to fight for, instead of against, myself.
⋅
Soon, things did get better. And I’m so glad I never gave up. ~Britt💜
Spread the love

2 thoughts on “When You Want To Give Up”