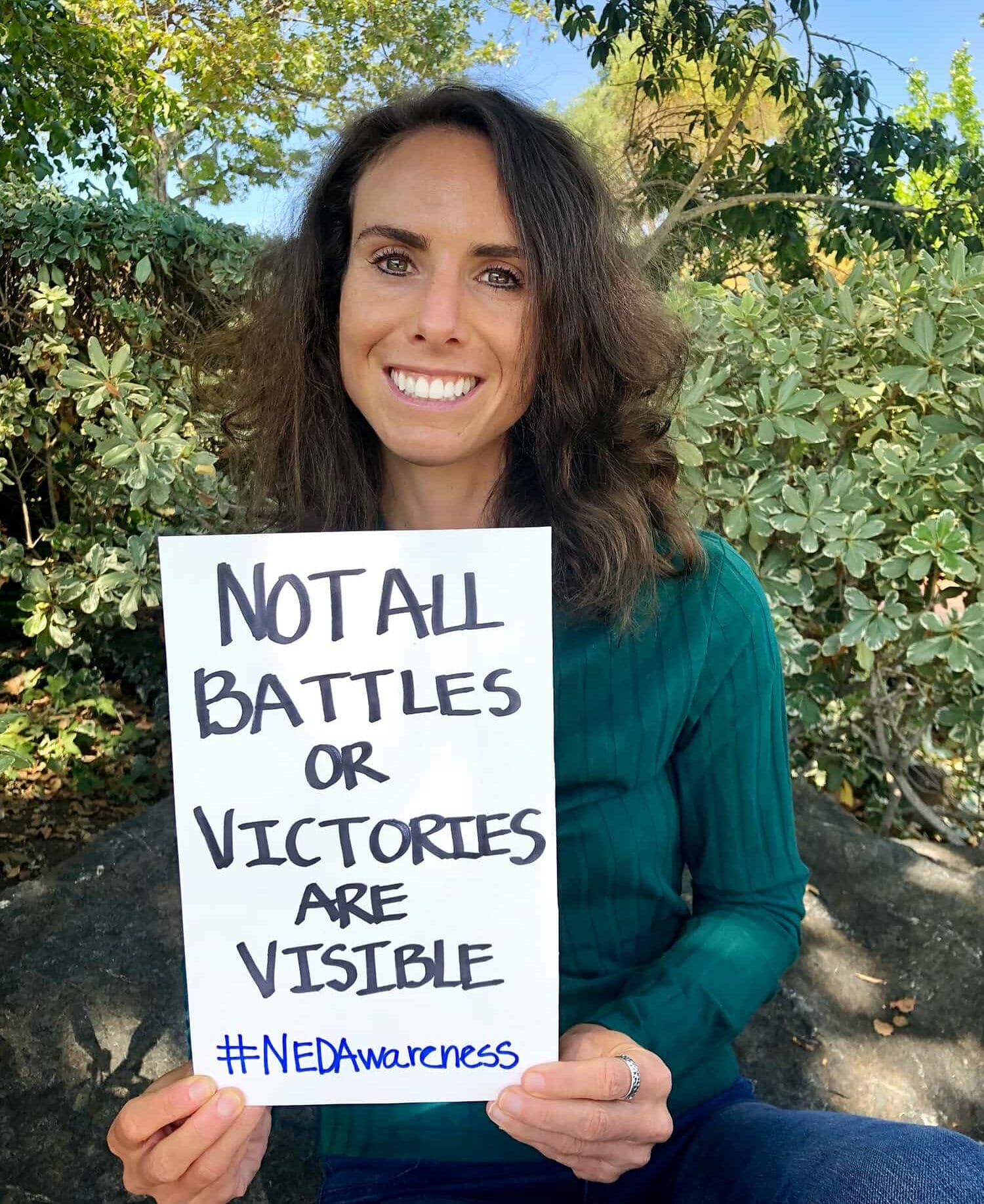 ⋅
💚It’s National Eating Disorders Awareness Week —a week close to my heart. Eating disorders aren’t something one ever expects to endure, but this was my story.
⋅
Growing up I feared that there was something wrong with me. My mind incessantly nagged that I wasn’t good enough, pretty enough or thin enough. I felt inherently flawed. And no one could know. My strife was my secret and my secret my strife.
⋅
I dressed up my despair in false confidence, smiles and accomplishments —things people could see. It’s what was underneath my veil that remained unseen —the crippling anxiety, OCD and depression. To alleviate my suffering, I began counting calories, weighing myself and over-exercising. I began making promises too —”Just one more pound and you’ll be happy.”
⋅
I felt a delusional sense of control as my life crumbled. Anorexia almost killed me, but I told everyone I was fine. Binge eating disorder caused serious health issues as I rapidly gained weight, but I told everyone I was fine. Bulimia gripped me in a lethal binge-restrict-laxative cycle, but I looked “healthy,” so everyone assumed I was fine. My weight fluctuated wildly in step with my behaviors, but the demons that drove them remained constant.
⋅
Eventually I deteriorated beyond recognition —not physically, but mentally. That’s when I realized I had a choice to fight for myself and towards recovery. I committed to seeing treatment professionals; I got rid of my scale, incorporated new foods, trashed my laxatives and froze my gym membership. I messed up regularly. I doubted myself and wanted to give up. I cried. I screamed. I bargained. I worked tirelessly to break old beliefs. I reflected. I accepted. I healed … and no one knew.
⋅
Eating disorders are insidious and life-altering diseases. No one chooses to have an eating disorder, but many do choose to recover. The battles I fought remained largely hidden, and the victories I won mostly invisible. The depths of my despair to the height of my triumphs cannot be quantified in tangible units. Rather, they have become woven into my being and collectively reflect a formidable journey. And there is nothing that makes me more proud. ~Britt💜
#EatingDisorderAwareness
Spread the love