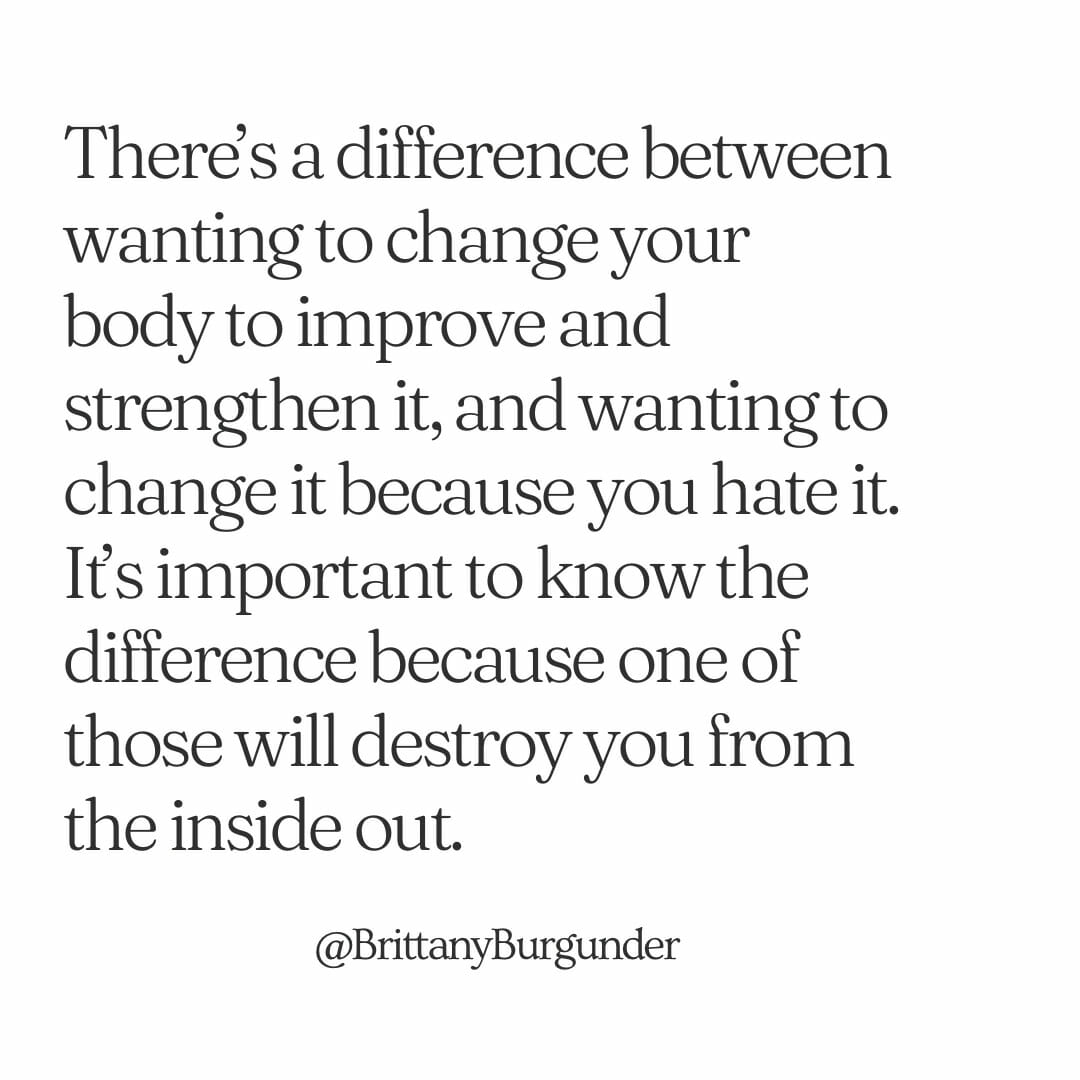 ⋅
⚠️How do you know when you’ve crossed the line? What if you never realized that there ever was a line? How do you know when you’ve gone too far? My initial thoughts of changing my body were well-intentioned, but somewhere along the way my motives shifted without my awareness.
⋅
One of the difficulties I have when I reflect upon my journey is that I often had conflicting goals. There were times I looked at my body kindly and felt inspired to treat it so. I wanted to accept and embrace how I looked. Other times, my drive for competitive athletics led me to adopt a lifestyle that would facilitate my performance. I wanted to be strong, fit, fast, and fierce. And then there were times I glared into the mirror with disgust and disapproval. I wanted to shrink and make myself small. I thought losing weight would erase my self-hate.
⋅
These goals never coexisted well. The lines between them collided and blurred. I was unable to commit to one way of life for very long because my other goals contrasted so sharply in comparison. I felt as if I were physically trying to juggle my contradicting emotions and objectives. And it was only so long that I could keep such opposing forces in motion before everything came crashing down.
⋅
In hindsight, my fate was foreseeable. While one part of me was steadfast on bettering myself and enhancing my body, the other was insidiously breaking myself down from deep within. It took a while for me to realize the difference. The lines had been obscured for so long that I was unable to easily recognize where one goal ended and another began.
⋅
I had to learn to set clear limits with my behaviors and actions. Most importantly, I had to learn to set boundaries with my intentions and with myself. And doing this made the difference I was looking for all along. ~Britt💜
Spread the love