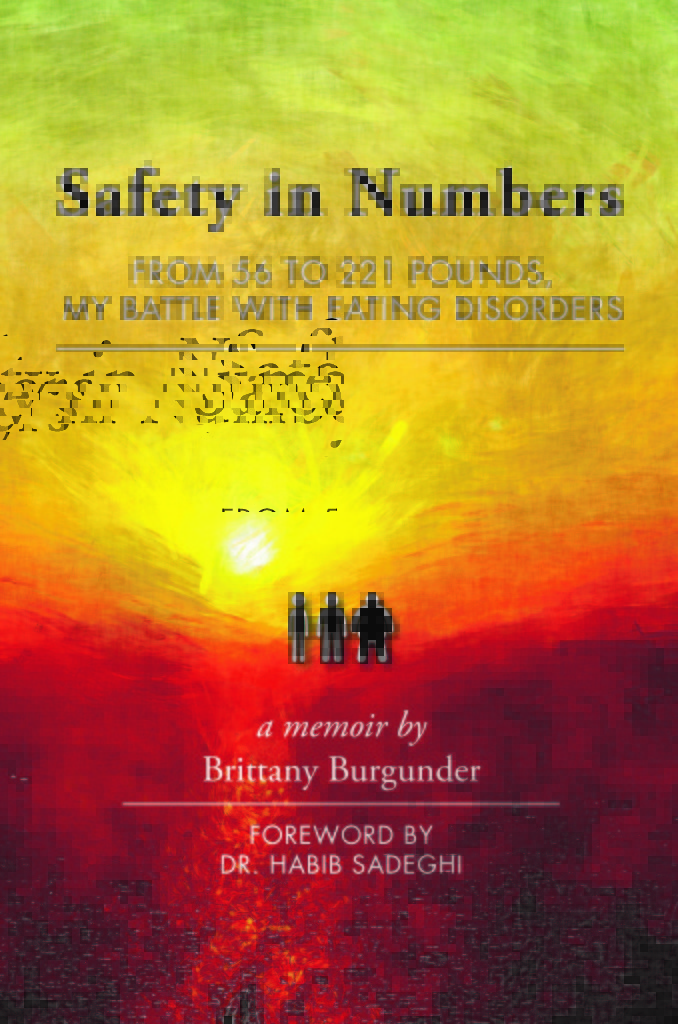 *An updated and revised edition of my original bestselling memoir, Safety in Numbers, as well as a sequel to come*

At the start of 2009 it looked as if I had finally lost my 7-year battle with anorexia and exercise addiction. I became so sick that I was asked to leave my freshman year of college by the university. I wasn’t allowed back until I achieved certain healthy requirements. So began my next 5 months in a hospital on the brink of death. With my weight dropping to a low of 56 pounds I lost all mobility, faced liver failure, had to relearn how to walk, couldn’t think or recognize people, went bald, needed blood transfusions and was given almost no chance to survive, but I did.

August 2009 would change my life forever. I binged. After 7 years of controlling, resisting, and depriving myself of food, I gave in. It was the most exhilarating, wonderful, and scariest sensation I had ever experienced and I didn’t know how to stop. I was now 75 pounds and climbing. What I didn’t realize was that I had traded anorexia for bingeing. My disease took on an entirely new appearance even though it was the same inner demons driving it from the inside. As my body changed more quickly than I could comprehend, I found myself in a trance of disbelief. I shut myself in my house; embarrassed that someone I knew might see me looking so drastically different. I would only leave to buy food so that I could binge. By the middle of 2010, I had hit rock bottom again, but this time on the opposite side of the scale. A stranger is all the mirror would ever reveal to my eyes, but the scale confirmed my illusion and worst nightmare as the digital number 221 pounds flashed before me. Bulimia soon followed.

After many years filled with restricting, over-exercising, binging, laxatives, colonics, hospitals, treatment centers, fat camps, mental health wards and hopelessness I present to you Safety in Numbers: My Battle with Eating Disorders -A Memoir. It is a real-time account of the chaos, depression, destruction of opportunities, obsessions, rituals, treatments, and family traumas. It shows my slippery slide into madness, and how I gave up my social life, school, horses and tennis talent… anything that would interfere with my need for control and isolation. I lived through dangerous extremes on both ends of the weight spectrum, and so have a unique perspective about the full range of the disease.

Safety in Numbers offers a chaotic, inspiring, heart wrenching; suspenseful and frightfully honest first hand look into the unthinkable. Much of the content consists of diary entries that I wrote as a therapeutic exercise while in the midst of my disease. I was highly aware and remarkably coherent throughout the ordeal, including and most dramatically, when I almost died. It hasn’t been censored, and the language is blunt and often disturbing. Now that I am coming out on the other side, I want to share with others the personal darkness I experienced while trapped by my eating disorder, and demonstrate that there is always hope to get better and recover.

Safety in Numbers is only the first part of my story and I look forward to sharing the continued steps of my recovery in the forthcoming sequel.